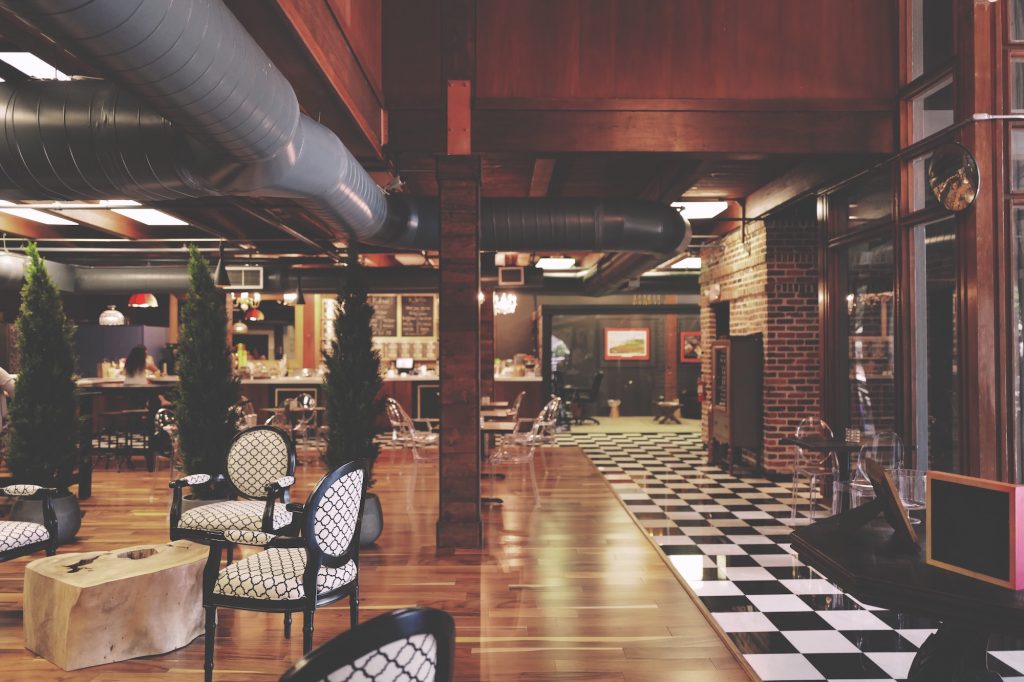 Whether it’s a local restaurant or a hospital cafeteria, there are some basic frequently asked questions regarding commercial kitchen ventilation systems. Knowing the differences and the nuances between systems can help you determine the best cleaning method and frequency, as well as job priorities. Common factors to consider include ductwork complexity, type of cooking operation and the various fire suppression systems.

Why Does a Commercial Kitchen Need a Ventilation System?

Ventilation systems keep your kitchen clean and fire safe. All the cooking vapors emitted from the grill, stovetop, or oven would merely float around in the air if there were no ventilation system to pull them in. Then, they would stick to the appliance surfaces and surrounding shelves. This not only produces poor indoor air quality for your customers, but it is also an extreme fire safety hazard. If a flame were to suddenly flare up from the stove, the whole kitchen would be covered in a thin layer of fuel – ready to go up into a structure fire!

What Kind of Ventilation Components Need to Be Installed?

A full kitchen ventilation and exhaust system includes a kitchen hood, fans, and ductwork that takes all the air being ventilated and routes it to the outdoors. An effective system depends on the type of building where the commercial kitchen is located and the volume of the cooking operation. For example, if it’s a multi-level building, you will likely need much more ductwork than a single level building, possibly even including stretches of horizontal ductwork. If you’re a 24-hour diner with multiple grills, you’ll need a much larger hood than café that’s only open for breakfast and lunch.

Why Type of Kitchen Hood is Required?

The type of ventilation hood needed for a commercial kitchen depends on the type of food being cooked and how often the kitchen cooks (how many hours throughout the day or 24-hour cooking). Some types of cooking do not produce as much grease vapor as others and therefore do not require as much coverage. There are two basic hood designs: canopy (overhead) and galley (back shelf). The size of the hood will depend on how many stoves or cooking appliances reside beneath it.

Canopy hoods can be further segmented into three primary designs:

As you can see, the type of hood that’s best depends on the situation. Generally speaking, the more cooking occurring, the bigger the hood.

Does a Fire Suppression System Need to be Installed?

Making sure a new commercial kitchen is properly equipped for its cooking operation is essential. Not only is it a matter of cleanliness for staff and patrons, it is a matter of fire safety.